Interactive Documentary (2012)   Commissioned by theater director Bulat Atabayev of Kazakhstan, Zhanaozen was created for the one year anniversary of the massacre of striking miners. The interactive documentary reacts to the viewers’ physical movement to upend state media, revealing evidence of the slaughter and the protests that followed. The exhibition at Faltin-Villa (Berlin) included the paintings of Raushan Tolganbayeva   Learn more at: Campaign Kazakhstan. Special thanks to Friederike Felbeck 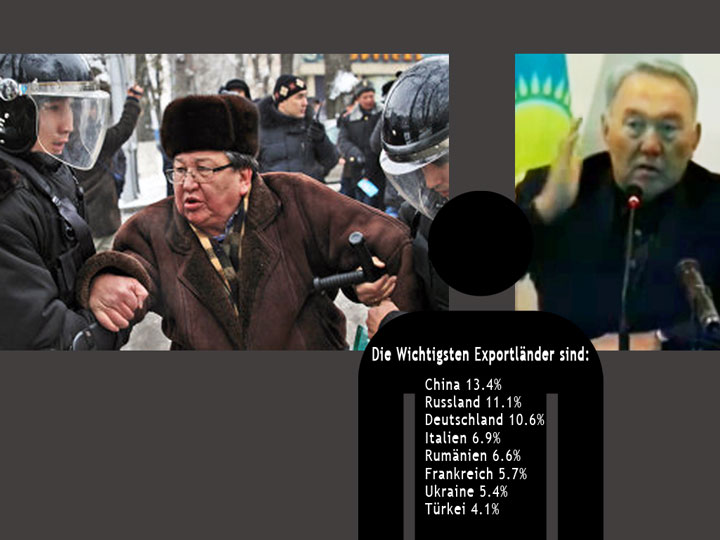